We are now on Facebook! find details of all the latest sequence dance winners by clicking on the link above and LIKE US.........Latest Winning Dances from the Ada Unsworth Memorial nventive event see the competition page ...........Next Inventive dance competition is the NCDTA Event on 16th January 2022. Further information to follow 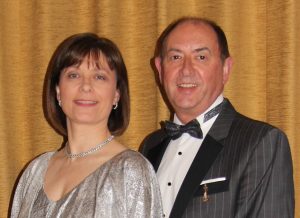 Steven Shaw and Helen Blackburn danced in Inventive Dance Competitions from 1999 to 2012 and had 103 winning dances together. Their popular dances include the Feta Foxtrot, Tayside Tango, Saunter Shiraz, Hamilton Swing,  Trafalgar Two Step 2012, Glastonbury Glide, Valentina Cha Cha Cha and Ventura Waltz. Before moving into the inventive dance arena Helen won both the British Amateur Modern Sequence and the British Professional Classical Sequence Championships and is a triple Carl Alan Award recipient. She previously wrote the ‘Sequence’ pages for ‘Dance Today’ magazine and with her husband Steven they are triple Classique De Danse award winners and both received the Carl Alan award in 2013 for their Outstanding Classical Sequence Partnership. As Championship adjudicators they also teach and run sequence dances and holidays around the UK. 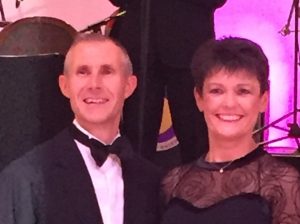 Robert and Louise Aldred –both began dancing at the age of 3, Robert training with Joan and Lewis Wilson, Louise competing firstly as a juvenile in Classical Sequence and then as a junior and youth in Ballroom and Latin becoming one of the country’s leading competitors in these fields. Their first meeting was at a dance competition and they were married two years later.
They first entered into inventive dance at the British Dance Council competition at Stoke-On-Trent which they won with the Countess Waltz. This was later to become a Championship dance along with one of their more recent prize winning dances, the Washington Two Step. They are both Championship Adjudicators and have lectured for most of the Teaching Associations. Robert is a Fellow of both the NATD and ISTD, recently being invited to sit on the Sequence Faculty of the latter. Louise and Robert are co-principals of a busy dance school near Nottingham. 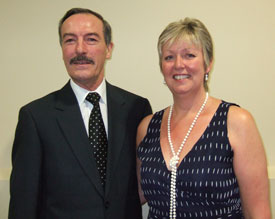 Neil and Lesley Marshall  qualified as dance teachers in 1977 and started competing in Inventive Dance Competitions in 1978 and won their first inventive in 1979. Having now had over 50 prize winning dances, including the very popular Rumba Loui Ann, Kennies Waltz and Key Quickstep. Neil and Lesley have danced since a very early age, both coming from dancing families, and met in 1974 at the Blackpool Dance Festival. Neil trained with Jack & Joyce Briggs and danced open competitions. He joined their formation team at the age of 15 to 28 and the team won the Carl Alan Award and appeared on Come Dancing. 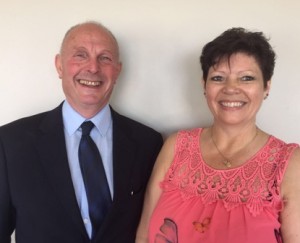 Barrie and Janette Greenall – Barrie and Janette began dancing when they attended a sequence beginners class in 1994 with John and Diane Free, also taking Ballroom and Latin Lessons for social enjoyment until their teachers moved back to their family roots in Scotland. They then began running a weekly social dance for all the friends they had made over the years. Looking to improve the experience for their dancers they progressed to receiving ongoing tuition from Roy and Elaine Sharpe. They first qualified with the BATD at Associate Level in Modern Ballroom in 2011, then went on to Associate Latin in 2012 and Classical Sequence in 2013, Membership Ballroom in 2014 and Membership Latin in 2017.

Jim and Hazel Wake. Jim and Hazel first qualified in 1963 with the ISTD and became fulltime dance teachers working at the Top Rank Victor Sylvester Studios in Gateshead. They began sequence dancing in 1998 after they retired and started to enter inventive dance competitions. They won the Blackpool Sequence Dance Festival new dance competition in 2002 with the Tynedale Quickstep and have had other winners during their career. 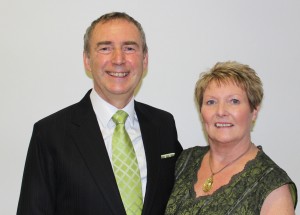 Eric and Lynda Dodd –  have been Dancing for 25 years. They progressed from Medal Tests into Social Competitions before moving into Senior Amateur Competitions, being trained by Jack and the late Joyce Briggs of Bradford. They achieved top six placings in both Classical and Modern Sequence Sections at the British Championships at Blackpool and turned Professional with the UKA in 2002.

Lee Dudman :  Lees was a past British Junior Modern Sequence champion with his partner, Rachel Turnbull.  Lee is one of the principal dance teachers at the Dudman School of Dance in Newcastle upon Tyne, alongside his mum, Linda, and wife, Natasha. The school covers all branches of dance, as well as theatre.

Andrea Kilgour: Andrea, with her partner Darren Park, competed mainly in the Sequence field and was British Amateur and Professional champion, and Classique de Dance and Carl Alan Award winner. Andrea teaches in Berkshire and Yorkshire, and focuses mainly on competitive work and specialist choreography. She is one of the teachers of the 2008 Amateur Sequence Champions, but has also spent time working with people with learning difficulties to enjoy music and dance.

Michael Stevenson started sequence dancing in 1985 and qualified in Classical Sequence with the IDTA in 1987. He ran classes for 21 years in the Stoke on Trent area, but retired at the end of 2005. Michael retired from inventive dance competitions at the end of 2008.

Edwin Vickers has been a qualified dance teacher for over 20 years. He first competed in inventive dance competitions in 2003 and was successful with many winning dances, including the very popular Blue Angel Rumba. Edwin retired from competitions at the end of 2006.

Ian Rowe competed in inventive dance competitions from 1998. He qualified in 1996 and works full time and retired from competitions in 2006.

Valerie Gilligan competed in inventive dance competitions from 1998 until 2006. Valerie started Old Time dancing at the age of 4 until the age of 16 and following a short break returned to dancing and turned professional at 28.

Kevin Page & Valerie Laws are a brother and sister team who are qualified with the NATD & ISTD and have their own Dance Premises situated on Khyber Pass, Whitby, North Yorkshire. They have 2 spacious ballrooms with refreshments and a licensed bar. Both are fully qualified in Ballroom, Latin & Classical and are Examiners with the NATD. Other winning dances include the Khyber Quickstep, Resolution Rumba, Tango Regatta & Endeavour Waltz.

John & Maureen Dack have been competing for many years and are the arrangers of the Golden Quickstep, Sarahs Waltz and Sandringham Saunter to name a few.

George and Janet McDonald- George and Janet have been qualified dance teachers with the B.A.T.D. for 14 years and have competed in Inventive Dance Competitions for 12 years. A previous winning dance was the Harmony Foxtrot along with the Lilac Lady Tango.

John and Pauline Stringfellow started sequence dancing in 1980 and qualified as dancing teachers in 1998.

Malcolm and Liz Preskey – Liz and Malcolm started sequence dancing in 1993 as company for their neighbours at an Adult Education class run by Jean and Roy Hopkinson at a local school. The neighbours soon gave up but Liz and Malc pressed on regardless after the first hysterical weeks. They qualified in Modern Ballroom in 1999 with the Allied Dancing Association followed by Classical and Latin in 2001 and 2004 respectively with the UKA.